Bless the soul that created the poetry form with Z 😉 😛

Zani La Rhyme – The ZaniLa Rhyme, a form created by Laura Lamarca, consists 4 lines per stanza. The rhyme scheme for this form is abcb and a syllable count of 9/7/9/9 per stanza. Line 3 contains internal rhyme and is repeated in each odd numbered stanza.  Even stanzas contain the same line but swapped. The ZaniLa Rhyme has a minimum of 3 stanzas and no maximum poem length.

I lay adrift in idyllic dreams

That bewitch the senses in surprise

Soaring on my magical carpet

Deep within the mahogany woods

The silvery moon, it makes me croon

I dance around in sweet reverie

With satyrs, elves and pixies

While I lay adrift in fantasies

I hope you liked the poem, please leave your comments, feedback and brickbats

A Villanelle is a nineteen-line poem consisting of a very specific rhyming scheme: aba aba aba aba aba abaa.
The first and the third lines in the first stanza are repeated in alternating order throughout the poem, and appear together in the last couplet (last two lines).

Take me to a land of golden streams

Fly away of vibrant butterflies

I’d lay forever in these dreams

Unfortunately there are no poetry forms created with the letter U, and so I’ll just have to write a poem with a word starting with letter U and my word for today is “Underworld”

Enjoying the mystical delights
Like a wispy cloud, I lay curled
While a Tuscan sun rose above
I walked through the underworlds

I hope you likd the poem, please leave your comments, feedback or brickbats.

A Terza Rima is a poem with an eleven syllable count in each line and a rhyming scheme of aba, bcb, cdc, dd.

I fly away riding a unicorn fair

Up and away through wispy gossamer skies

In search of lands unknown where magic ensnares

Transcending through multihued hills and valleys

Whilst I fly away free, in magical dreams

I lay low after a heavy day’s toil

Adrift on a blissful carriage of dreams

Floating through the skies, hung by silken coils

Traverse the night on gossamer moonbeams

Of velvety valleys and glistening wells

I marvel the kaleidoscopic views

As I embark on my magical cruise

Stumbling upon a charming fairy ball

Fairies and satyrs dancing in merry

While sweet treats are served with wine and cherry

I fell asleep with the far-setting moon

The Rondelet is a French form consisting of a single septet with two rhymes and one refrain: AbAabbA. The capital letters are the refrains, or repeats. The refrain is written in tetra-syllabic or dimeter and the other lines are twice as long – octasyllabic or tetrameter. 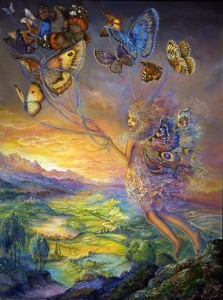 Life here is ever disarrayed

With your flamboyance, paint the skies

A Quatern is a sixteen line French form composed of four quatrains. It is similar to the Kyrielle and the Retourne. It has a refrain that is in a different place in each quatrain. The first line of stanza one is the second line of stanza two, third line of stanza three, and fourth line of stanza four. A quatern has eight syllables per line. It does not have to be iambic or follow a set rhyme scheme.

Etching through the sky, I plow

In search of unseen horizons

And watch the spectacular surprise

The only way I can indeed get back and get the inspiration and motivation to write  is by attempting various forms of poetry.

And here I have found a brand new form  – Kyrielle Sonnet. 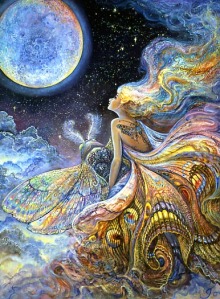 Upon svelte dreams of velvet skies

Every spectacle makes me swoon

Oh firefly! Fly me to the moon

Where I’m headed, I have no clue

My heart, it sings a merry tune

Upon svelte dreams of velvet skies 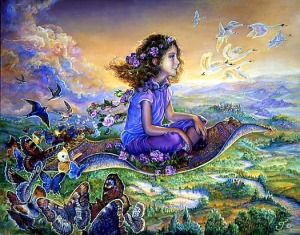 Created by C. G. V. Lewis, the Quadrilew is a form of quatrain poem with an abab rhyming scheme,

repeating lines, and contains an alternating syllable structure. In the first verse, the poet may either start with a five or six syllable line.  If the choice is five then the ‘sounding’ syllable count is (and opposite if the count is six):

i hope i am not late with this one..

when i am caught up in the myriad tangles of work and can hardly breathe with the guilt of not being able to pen down poems.. the Octain form came to my rescue.. Thank you One Stop Poetry– cos you are equally responsible for helping me pen this down… 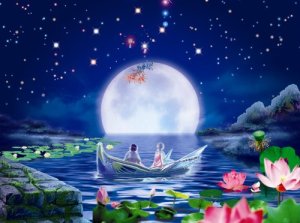 I sail away on deep blue seas

A million stars twinkle so bright

Dreams of yonder, capture my night

I sail away on deep blue seas

A to Z Blogging Challenge 2015

Error: Twitter did not respond. Please wait a few minutes and refresh this page.