Cinquain is a short, usually unrhymed poem consisting of twenty-two syllables distributed as 2, 4, 6, 8, 2, in five lines. It was developed by the Imagist poet, Adelaide Crapsey.

I hope you liked it, do leave your comments, feedback and brickbats!

There’s so much I want to say

There’s so much to convey

But words just elude me

I can’t seem to break free

Chains of reality weighing me down

Distances between us make me frown

For all the miles that lay between

A zillion could have, would have, should have been

Without you around, I feel incomplete

Even my rhythmic heart skips a beat

With every moment I yearn for you

Your absence makes me feel all blue

A stabbing pain, a silent tear

Your velvet voice I pine to hear

That losing myself in your embrace

Your silken lips laced in a naughty dimpled smile

Melts my soul into a gooey pile

My darling I stand here by the altar

Awaiting your arrival, my Knight in shining armor!

Magic in your voice

As our souls merge

Rhythm of your heartbeat

Melting with my heart

You are my lyrics

And I am your song

Strumming to our heartbeats

I sat there waiting by the moon

Dreaming a dream that makes me swoon

A chill through veins when the wind bellows

As I lay there in your arms

Lost in our love so divine

As I stare into your tranquil face

Dreamy eyed you gaze at me

Skipping a beat my heart’s a’flee

A gentle touch inflames my cheek

Poof! Goes my sanity at peak

Your caresses sending down shivers

My voice lost in raspy whispers

As strong arms encircle my waist

Crumpled sheets with love so pure

As if an addiction without a cure

Yes I’m lost in the dream that makes me swoon

Sitting there glossy eyed staring at the moon 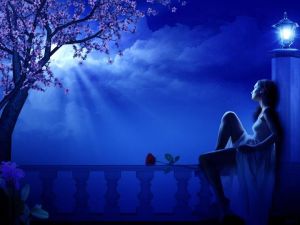 When the best place to be is in someone’s arms

When you’re lost away from all worldly charms

When an intense look gives tummy a somersault

When all emotions seem to be locked up in a vault

When a single touch sends across shock waves

When togetherness is all your heart craves

When everything loses colour in their absence

When even the sanest things, lose out on sense

When the eyes are giddy and mind is numb

Even to minor pleasures your will succumbs

When Music becomes the best friend & lyrics all true

When mind is reeling with feelings blue

When only a feeling of emptiness reigns

When interaction with others seem middling affair

When yearning in memories is all you care

END_OF_DOCUMENT_TOKEN_TO_BE_REPLACED

This time yet again a poem..

and also for Lots of Laughter – SPILL

and here’s the poem— 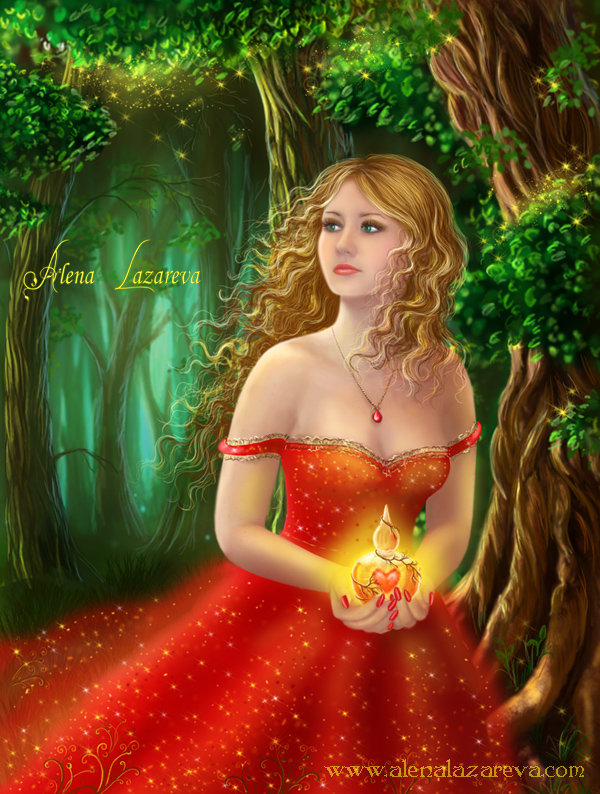 With a vampire, Henriette fell in love

Match conspired by heavens above

A love that could never be hers

Bewitched with a wicked curse

Crying incessantly near a lake

For her love, she can’t forsake

A little nymph smart and witty

On poor Henriette, she took pity

Waved her wand, an instant solution

Would cure Henriette of her plight

Brimming with joy, happy and gay

To meet her love and cure him

Heal the curse, when the light’s dim

Dancing a tune, she tripped in the dark

So lost was Henriette, she dint see the bark

Down spilled all potion in the vial

“]No” she screamed in a voice, unreal

3 little drops fell upon a rabbit

Voila! There stood a Pukwudgie in disguise

Swathed in moonlight, tall and lean

He proposed, and Henriette screamed

He sat on a knee and kissed her hands

She ran around in those wretched lands

Even today she hides in fear

When a lone rabbit seems near

I hope you liked the poem, do leave your comments…

Thats it from Megzone for now..!!

But to protect their identities they havent been mentioned here 😀

so here’s the Froggy Love Story

Let his eyes wander till he found a maiden

Yellowy her name, with spots on her laden

Fell for her head over heels

Hopped to propose her on his 4 knees

But little did he know she was the wrong lady

Yellowy had given her heart to Purple already

Heartbroken and wrought Pinku hopped to his big pond

Sadly he dint realize water was just another home

He lay at the bottom despaired and lovelorn

Along came a frog catcher who owned an eatery

That specialized in frog legs as its favorite delicacy

Pinku was caught and captured for life

Neither did he struggle for he knew not strife

PInku’s owner came in search for her darling frog

She tried to save him from the cruel catcher’s hands

But had to duel a sorceress of the catcher’s lands

The sorceress took Pinku home, put him by the window sill

One look at Pinku and Orangey skipped a heart beat

Cos he was the most charming froggy she would ever meet

The night turned cold while the hearts set afire

Orangey rescued Pinku and they hopped across through mire

And he fell in love with her again from the start..

Thus began a love story that brings tears of laughter

Pinku and Orangey froggys hopped happily ever after

and also for TheLaughterSite where the topic was Propose 🙂

I hope you liked my offering..Do lemme know your thoughts… 🙂

Thats it from Megzone for now..!!

It seems looongggg looonggg ago since I wrote a poetry here 😛

yes yes… so here i am back again to trouble you with my insane err.. ook super-insane poems 😛

She danced through the meadows

Impassive to any lurking shadows

Her lover returning from faraway lands

She awaits with aromatic garlands

Moving with such elegance

Pirouettes she took, as if in stupor

Round & round till her feet turned sore

Exhausted she fell, amidst rose bushes

He came searching; saw her worn out, rushes

Her hands in his, he interlaced

Took her in his arms, caressing her face

She arose to his passion, his love’s abyss

The dance of love, her prelude

Concluded with him, albeit brief interlude

I hope you enjoyed it..

Do lemme know your thoughts..

Back with my Thursday Poets rally Poem….!!!!!

Sweet Jingle host this rally in her blog…

Anyone can join the rally..

all you need to do is comment on Jingle’s blog and let her know you are interested.. Sweetest that she is she not only accepts anyone and everyone but also helps them with how to go about the Rally…

He’s Everything That I Need…. 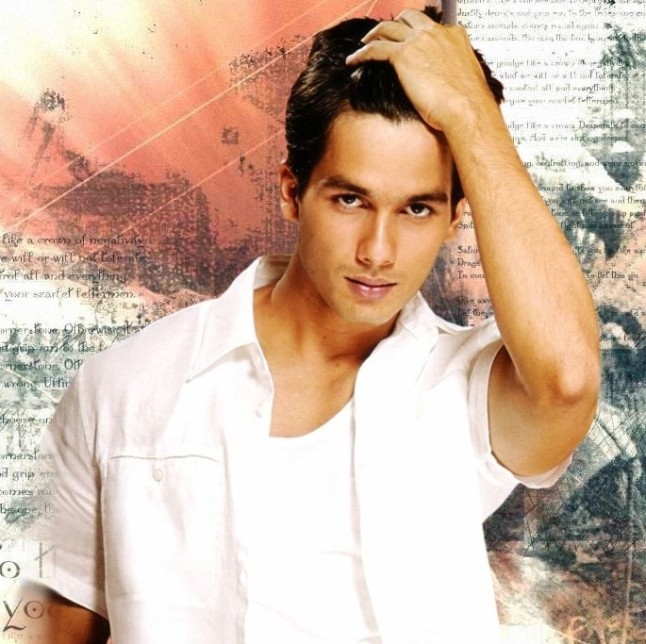 The raindrops that caress me

The breeze that freshens me up

The early morning dew that tingles my feet

The sun rays that awaken me

The moonlight that cools me

The medicine for my fever

The food I need to survive

The water for my thirst

The air that I breathe

The dreams when I sleep

He’s everything that I need

Sweet that Ji is she even presented me with a couple of lovely awards..

and today i take this opportunity to present them here… 🙂 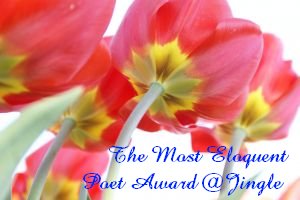 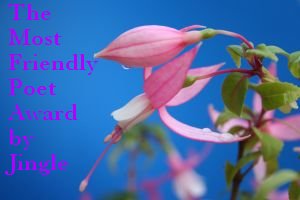 Also the following awards of which i pick 2 🙂 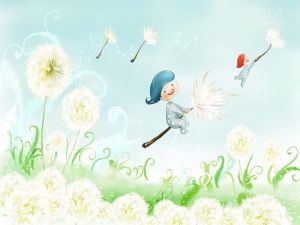 I have also been honoured with awards from Trisha…

Thanks a ton dear 🙂

thats really very sweet of you

Thank you soo much dear..

I would like to present all these awards to

I hope you all enjoyed this week’s rally poem..

Thats it from Megzone for now… 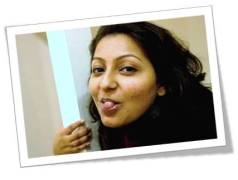 A to Z Blogging Challenge 2015

Error: Twitter did not respond. Please wait a few minutes and refresh this page.